Labour income is the amount that employed people earn by working. Economists use this concept to distinguish it from capital income. Owners of assets earn capital income due to their property. Assets include land, machines, buildings or patents. Labour income includes the wages of employees and part of the income of the self-employed. Self-employed workers earn from both their work and capital ownership.

For many, their work is a key source of income. In contrast, studies show that capital income disproportionately benefits the affluent. Therefore, labour income data can bring new insights to understanding inequality. Furthermore, topics like automation, the gig economy, or globalisation have a strong link with labour income statistics.

The ILO dataset, developed by the ILO Department of Statistics, contains data from 189 countries and is drawn from the world’s largest collection of harmonized labour force survey data. 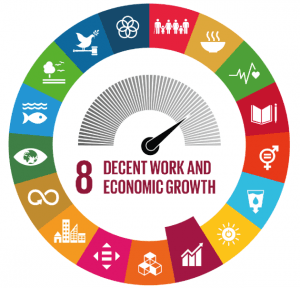 Methods behind the ILO modelled estimates and projections

The article is organized into four sections. Section II describes in detail the methodology and its relationship to the literature. Section III presents some of the results, including the global labour income share and distribution and their evolution since 2004. Section IV concludes.

What does labour income mean? And capital income? What about a worker that earns a salary but is also a capital owner?

Labour income is any amount earned through working. Economists use it as a contraposition to capital income, which is the amount that capital owners earn through the utilisation of their capital. Capital includes any property used in production, such as land, buildings, machines or intellectual property. An employee’s salary will be recorded as labour income, and their particular wage will be ranked in the labour income distribution. In contrast, any income that is not earned through work but rather through ownership, would be recorded as capital income and computed within the capital share of income.

What is new about this dataset?

It is the first time that comprehensive international data on labour income and its distribution has been produced and published. Some existing databases contain data on overall income inequality or consumption inequality, but no data existed concerning the distribution of labour income. We didn’t even know how much labour income was earned globally, much less its detailed distribution for a large set of countries. However, many current debates involving inequality such as automation, the decline of the middle class, or the minimum wage are very plausibly related to factors within the labour market. But, until now we didn’t have a clear picture of the income side of the labour market.

Give me an example of something that is clearer now and was not before the production of this dataset.

We now have a much clearer picture of the distribution of labour income at the global level, and in particular how low the labour income of the lowest paid workers is. There’s a reason for this: little to no information was available concerning the labour income of the self-employed. Yet, globally they represent almost half of the workforce, or around 1.5 billion workers. This has significant implications for inequality: in the developing world the self-employed tend to face worse working conditions in terms of earnings than employees, so not taking them into account can be highly misleading.

But the issue goes deeper. In low-income countries, employees only represent one-fifth of the workforce, whereas in high-income countries the share is close to 90%. With these huge discrepancies, before this new dataset was published, any extensive international comparison of labour income was not possible. Now we have detailed data at the country level data and can compare them directly.

Why does the dataset contain estimates of countries with no survey or national accounts data?

The key data source for the dataset is the ILO Harmonized Microdata collection, which consists of labour survey microdata. Moreover, in order to produce an estimate of both the labour income share and the labour income distribution, both survey microdata and national accounts data are required. National accounts data in this context refer to having both the gross domestic product and the item compensation of employees in the United Nations Statistical Division (UNSD) repository of national accounts. Requiring worker level observations (microdata) for each country and year is quite stringent, so, naturally, many observations are missing.

Nonetheless, in order to produce consistent time series, as well as global and regional aggregates that are not biased and excessively volatile – due to missing countries – the missing observations have to be estimated. Although there are multiple statistical models and variables used to produce data for missing observations, two main methods are used: model-based extrapolation and imputation. The model-based extrapolation draws from the fact that for a given country if at least one observation in the series has the required data, a statistical extrapolation, based on those observations and additional socioeconomic variables, yields results that are in general with a relatively low margin of error. Imputation, in contrast, relies on statistical modelling on the basis of relevant socioeconomic variables, but no single data point with which to anchor the estimate for a given country is available. Hence, the margin of error of imputed observations is substantially larger than model-based extrapolated observations. Imputed observations are not suitable for country comparisons, yet they are very useful to reduce the bias and uncertainty of the global and regional estimates. This is the reason for their production in the first place.

Do the results show that if the rich earn more everyone else loses?

The analysis is done in terms of the relative distribution, so by definition – since a distribution always has to add up to 100% – if a particular group experiences gains, another has to lose. But the issue is who in the distribution loses and who gains when the top earners experience gains. For instance, consider the following hypothetical. It could be that when the top 5% gains, the lowest earners would also end up increasing their share, with only workers with upper-middle incomes losing. It turns out that empirically, what we observed is that when the top 5% experiences gains, only incomes at the top increase (approximately the top 10%). Whereas the rest of the distribution experiences losses, and particularly in the case of the lowest-earning workers. Therefore, the data points to the following conclusion: relative increases at the top are only very narrowly shared across top earners.

Do the results show that if the middle class earns more everyone else gains?

Do the results show that trickle-down economics doesn’t work?

The results find a negative association in relative terms between the top shares and most of the rest, particularly for the lowest earners. Whether the lowest earners can be made better off in level by increasing top incomes, and then having, higher economic growth as a consequence is not ruled out. However, it is made much harder by the distributional effect. In other words, the additional economic growth supposedly induced by increases in top incomes would need to be significantly higher in order for the lowest earners to be made better off than in the absence of the distributional effects.

If economic convergence is lowering global inequality, doesn’t this mean that growth is the most important factor for inequality?

Economic convergence certainly has a strong potential to reduce global inequality, as shown by the empirical evidence concerning the last 15 years. There are, however, two qualifications worth mentioning. First, for convergence to work it has to happen in a sufficient number of countries (or in large countries). China, having basically reached the world average, will not be able to drive down inequality as it has in the past. India’s convergence still has room to reduce inequality. But, undoubtedly, if high growth would be sustained in the following decade in low-income countries, this would be a key contributor to reducing global inequality. Second, there is also an issue with perspective. Trends at the national level are arguably most relevant for workers. If workers at the lowest end of the distribution have seen their real wages shrink or their share of the national income pie decline, this will be far more relevant to them than changes in global inequality.

This tool provides an intuitive interface to filter the selection, pivot the table, calculate distributions, and export data into various formats.