Statistics on the working-age population and labour force

Not everyone that is part of the working-age population, however, is actively engaged in the labour market. Some have jobs, others are seeking jobs, yet others are discouraged, engaged solely in other activities, or not interested in the labour market. Statistics are required to enable us to understand how people are relating to the labour market and how this changes over time. These statistics require clear definitions to ensure consistency and clarity of measurement, reporting and interpretation. As defined in international standards (19th ICLS, 2013), the labour force captures those persons of working age who are actively engaged in the labour market. It is the sum of persons employed and the unemployed. Together these two groups of the working-age population represent the supply of labour for the production of goods and services in exchange for remuneration existing in a country at a given point in time.

Key indicators to monitor the working age population and labour force include the employment-to population-ratio, labour force participation rate, as well as age dependency ratios. These are essential headline indicators of the labour market that need to be complemented with additional indicators, such as measures of labour underutilization for monitoring and to inform policy.

This document describes the main elements of the estimation and projection methodologies adopted for the 2017 edition. There are two important changes in this edition as compared to the previous edition. Firstly, the process for incorporating input data has been substantially modified in order to fully integrate the LFEP model within the ILOSTAT database structure, thus taking advantage of ILOSTAT’s quality control system. Secondly, the projections are obtained solely based on econometric methods, becoming more transparent and replicable. 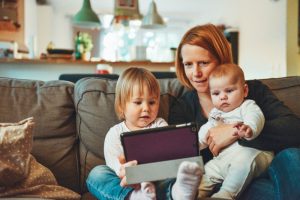 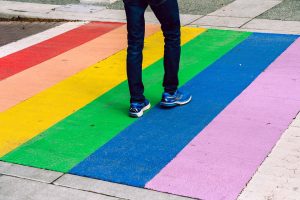 Inclusion and diversity in the labour market: a call for LGBT labour statistics

Quick Guide on Measuring Economic Characteristics in the Population Census

Population and housing censuses are a vital part of national statistical systems. They provide essential information on the structure, characteristics and housing conditions of a country’s population, and serve as a backbone to national household survey programmes and other statistical activities necessary to support informed policymaking. Capturing essential economic characteristics of the population in the census is recommended as a core topic for the 2020 Round of Population and Housing Censuses. To support these efforts, the ILO Department of Statistics, collaborates with the UN Statistics Division to issue updated international census recommendations aligned with the latest ICLS standards, and develops practical tools and training to support census planners in adapting these recommendations to the national context.

Adopted by the 19th ICLS (2013), this resolution sets standards for work statistics to guide countries in updating and integrating their existing statistical programmes in this field. It defines the statistical concept of work for reference purposes and provides operational concepts, definitions and guidelines for: (a) distinct subsets of work activities, referred to as forms of work; (b) related classifications of the population according to their labour force status and main form of work; (c) measures of labour underutilization.

This volume presents the sources and methods used in the compilation of national statistics on labour force characteristics of persons with disabilities.

Sources and Methods Volume 3B: Labour force surveys (2011) – Source of statistics of the labour force and its components

This volume presents national methodological descriptions of statistics of employment, unemployment, underemployment, hours of work and other indicators derived from labour force and household surveys, disseminated on ILOSTAT. It is a revised and updated version of the third edition issued in 2004, and contains descriptions for 160 countries and territories and 169 surveys.

UN Principles and Recommandations for Population and Housing Censuses