Inclusion and diversity in the labour market: a call for LGBT labour statistics

Equal opportunities for employment and equal treatment in employment are a key part of decent work. For LGBT+ workers facing labour market discrimination around the world, this is far from a reality. But in order to know the extent and forms of this discrimination, we need labour statistics on LGBT+ people. 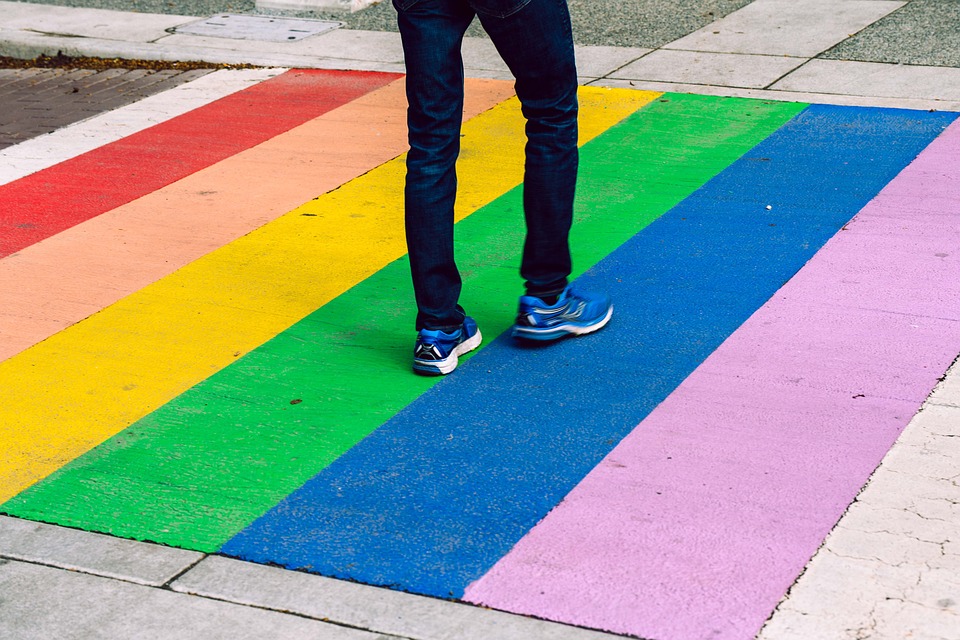 Diversity and inclusion in the labour market are core values with the potential to foster growth and development.

Solid and sustainable labour markets leave no one behind and ensure decent work for all. And there is no decent work without equal opportunities for employment and equal treatment in employment.

Sadly, many workers of the LGBT+ community around the world still face strong labour market discrimination. Even in countries with legislation protecting people from discrimination on the grounds of sexual orientation or gender identity, it still happens.

We know it happens because we have enough evidence (for example, check out the results of the ILO’s PRIDE Project). But this evidence is not always statistical – it is usually anecdotal. We need reliable and timely statistics on the labour market situation of LGBT+ people to know the extent of labour discrimination and the different forms it takes. We need statistics to know to what extent our labour market is indeed inclusive.

Too many countries around the world still criminalize LGBT+ people and have discriminatory laws against them. However, encouragingly, many others made great progress in recent decades in ensuring human and labour rights of LGBT+ people. This progress involves both legislation against discrimination and legal recognition of same-sex relationships. Legal frameworks have evolved in this regard especially in Europe, North America and South America.

Nonetheless, even in countries where these legal advances happened, regular data compilation on the labour market situation of LGBT+ people is still rare. Unfortunately, all too often no data means no action. What is not quantified gets often overlooked. Thus, we run the risk of overlooking the difficulties LGBT+ people face in the labour market. And failing to address these difficulties implies missing out on the full productive potential of all workers.

Statistics as an antidote to invisibility

Statistics allow us to make the invisible visible. It is only once something is visible that we can even begin to address it. And this goes for the social, economic and labour market disparities LGBT+ people face (just like other minorities and marginalized groups).

Equality of opportunities and treatment is a fundamental principle at work. Discrimination is not only wrong, it is also bad for business. It has a high social and economic cost. Discrimination in education and in the labour market makes us miss out on the full extent of LGBT+ workers’ talent. This affects overall levels of productivity and human development.

In this context, LGBT+ labour statistics can reveal underlying labour market issues and problems, a first step to addressing them. 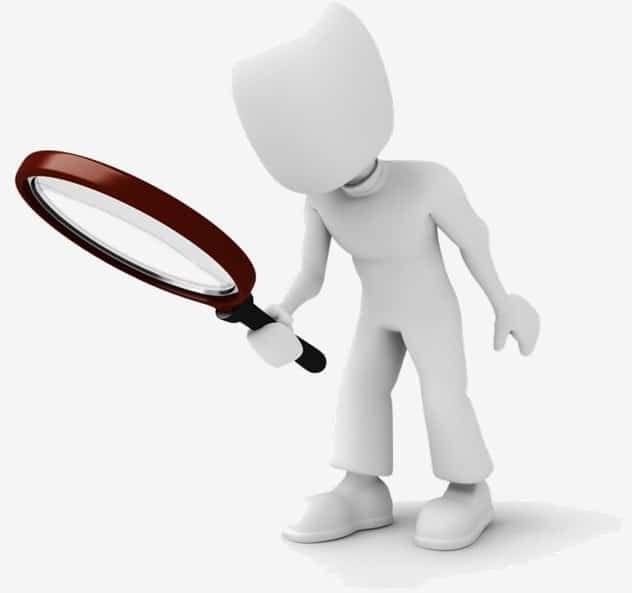 The LGBT+ community is often seen as a homogeneous group, but nothing is further from the truth. LGBT+ people are extremely diverse, and so are their labour market situations and the hardships they face. Thus, compiling labour statistics on LGBT+ people can also help us understand these differences.

We focus here on countries which recognize same-sex relationships and gender identity and protect LGBT+ people from violence and discrimination. Still, even in those countries, a history of oppression prevents LGBT+ people from self-identifying as such openly in censuses and surveys. Moreover, survey respondents can misunderstand questions on sexual orientation and gender identity or simply prefer not to answer them.

Due to these difficulties (and many others), no population census has ever identified LGBT+ people. Also, surveys which did identify them generally gave very small numbers, which entails reliability issues.

When the context evolves, data collection should too

For LGBT+ issues, as legal frameworks and social acceptance evolve, so does the perception of sexual orientation and gender identity as sensitive topics. Just because no population census has ever compiled data on LGBT+ people, it does not mean it could not be done.

Indeed, for instance, the United Kingdom’s Office for National Statistics made a detailed study of possible topics to add in their next census (2021). These included gender identity and sexual orientation. When reviewing these topics, the ONS assessed user needs, question design, and impact on overall data quality, and came to informed conclusions. The ONS recommended to add voluntary questions on gender identity and sexual orientation to people aged 16 and above in the 2021 Census.

Population censuses have comprehensive coverage: all households in the territory are included. It is an exhaustive enumeration of the population. Thus, there is no problem of small numbers (and data reliability issues associated with them in sampling techniques).

Therefore, population censuses are a great potential data source on LGBT+ communities. Censuses allow us to identify LGBT+ people and learn about their living conditions. They give us basic data on their social, economic and labour market situation.

No population census has identified LGBT+ people yet, but this will change soon. The United Kingdom will include questions on sexual orientation and gender identity in its 2021 census. Also, Argentina will capture gender identity information in its 2020 census.

Although no country has identified all LGBT+ people through a census yet, several countries have census data on households headed by same-sex couples. Some examples include Australia, Canada, and Ireland.

Probability sampling involves the random selection of a sample of the population. Since units are randomly selected, their probability of being selected can be calculated. Therefore, we can estimate the sampling error and extrapolate the findings to the whole population.

For LGBT issues, surveys with probability sampling (such as labour force surveys) allow us to know what share of the population is LGBT+. What is more, they provide data on the labour market and socioeconomic situation of LGBT+ people compared to those of the rest of the population.

The collection of LGBT statistics through probability sample surveys is not widespread, but there are a number of countries doing it. In its report Society at a Glance 2019, the OECD reviews the list of probability sample surveys used by OECD countries to collect data on LGBT+ communities. It presents the results in the chapter The LGBT challenge: How to better include sexual and gender minorities?.

In non-probability sampling, units do not have an equal chance of being sampled. The sample is built based on convenience, judgement calls or research purposes.

Snowball sampling is an example of non-probability sampling widely used to study LGBT+ communities. In snowball sampling, each respondent refers the interviewer to acquaintances meeting the criteria for selection. In the case of LGBT+ studies, each LGBT person interviewed would refer to other LGBT+ people they know.

This method is useful when the sample is very small or rare, and units (or persons) are hard to find. A survey based on non-probability sampling can provide in-depth information on the respondents, but the information only covers them. The data compiled only applies to respondents. It cannot be extrapolated to the whole population. In other words, the findings cannot be generalized, at least not reliably.

Non-probability sample surveys on LGBT issues have been conducted in Argentina, Ecuador and Peru, to name a few.

A glimpse into available survey data

As shown in the OECD’s The LGBT challenge: How to better include sexual and gender minorities?, so far only 15 OECD countries have identified LGBT people in a nationally representative survey. Here are some of their main findings:

Since this is a particular topic, sensitive in some contexts, there are some considerations to keep in mind when contemplating data collection on LGBT issues.

Ensuring the confidentiality and anonymity of respondents is crucial in any data collection. When it comes to LGBT+ populations, however, it is of utmost importance, given their experiences of oppression, violence and discrimination.

Purpose of the data collection

People may be reluctant to answer questions on gender identity or sexual orientation out of fear or mistrust of how the information will be used. Thus, it is essential to be upfront and clear about the purposes of the data collection.

Interviewers should be trained appropriately. They must understand the questions themselves, and be able to clarify any doubts that respondents may have. They must also be capable of explaining the reasons for those questions and reassure respondents of their privacy protection.

The survey mode can greatly affect the accuracy of the results and the response rate. Therefore, the choice of survey modality should not be taken lightly. In particular, some survey types give respondents an increased feeling of anonymity, such as online surveys and self-administered forms.

Another important decision is where to place the questions on gender identity and sexual orientation within the survey questionnaire. Also, the specific wording of the questions must be carefully chosen.

The Williams Institute at UCLA School of Law has done in-depth research on this and has produced a list of best practices.