The international migration of women, either together with their family or on their own, is an increasingly important and complex phenomenon but remains insufficiently documented owing to a lack of data. New ILOSTAT data offer some insights on the profile of women looking for work and better opportunities abroad. 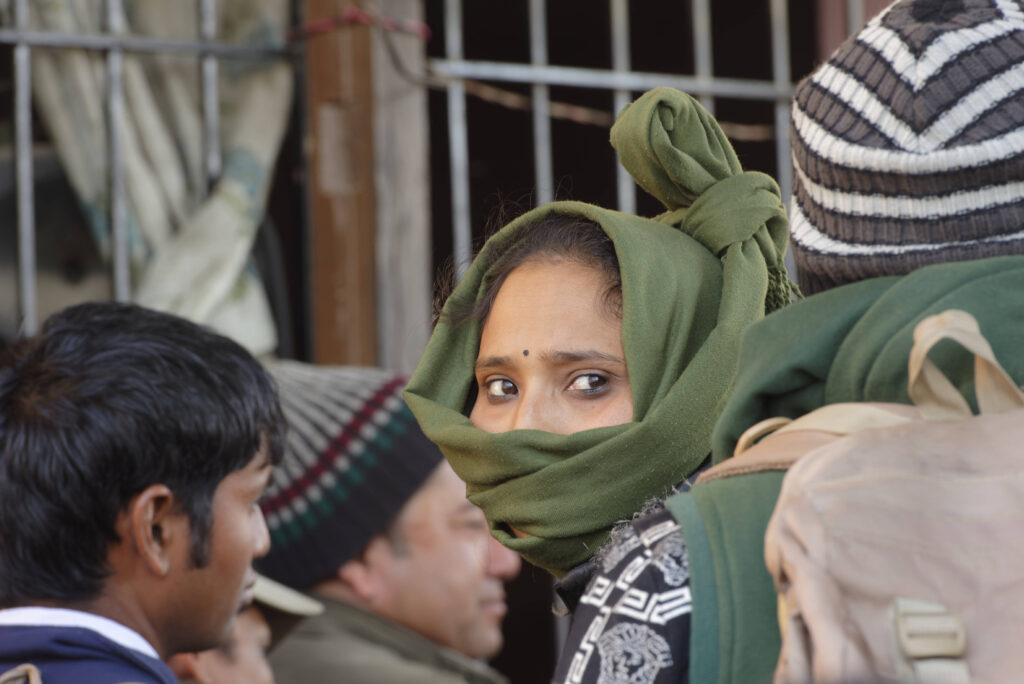 In 2017, women accounted for 42 per cent of the 164 million migrant workers around the world. ILOSTAT data show that the share of women in the working-age migrant population increased over the past decade in 24 out of the 63 countries for which time series are available, with particularly significant growth observed in Azerbaijan, Bulgaria, Indonesia and Viet Nam. In most European countries, the female share of migrants remained consistently high over that period. What do we know about these women on the move? This blog highlights some of their characteristics and the types of work they are doing.

The share of working-age female migrants with an advanced (tertiary and above) level of education increased between 2009 and 2019 in 25 out of the 40 countries for which data are available. This trend has been observed in many of the member countries of the Organisation for Economic Co‑operation and Development (OECD) since the 2000s: it has to do partly with global progress in the educational attainment of girls and women, and partly with growing demand for qualified labour in sectors with a predominantly female workforce, such as health and social care. In more than half of the high‑income countries for which data are available, highly qualified working-age female migrants outnumber their male counterparts.

… yet they are less likely to be employed…

While women often have a lower employment-to-population ratio than men in general, the gender gap in employment tends to be wider among migrants. Overall, female migrants are less likely to be employed than male migrants, the respective average employment-to-population ratios being 75 per cent and 85 per cent for the 124 countries for which data are available. The difference between the two ratios is greatest in high- and upper-middle-income countries. In low- and lower-middle-income countries, the percentage of employed female migrants tends to be closer to that of their male counterparts.

… and more likely to be in an elementary occupation.

Female migrants are also at a disadvantage in terms of the quality of the jobs they obtain. In a large majority of countries, they are more likely to be engaged in elementary occupations than male migrants. This finding is in line with previous studies showing the high prevalence of female migrant workers in low-skilled service sectors, such as domestic, cleaning and related menial services, especially in high-income countries. In France and Greece, respectively 24 per cent and 34 per cent of female migrant workers were employed as cleaners or helpers in 2016. In Chile, 34 per cent of female migrants with upper secondary or higher education were in elementary occupations in 2018, compared with 22 per cent among their male counterparts and just 15 per cent among female non‑migrants with the same level of education. In-depth analysis would be required to confirm this pattern in other countries and also to explore the causes of the more important education–occupation mismatch among female migrants.

Overall, the migrant gender pay gap is wider in low-income countries, where wage inequality in the overall population is higher, and tends to narrow with rising country income level. In high-income countries, migrants also face a heavier wage penalty and earn much less than non-migrants on average. The pay disadvantage faced by migrants, including males, in those countries may explain the reduced gender pay gap observed among migrants, rather than better pay received by female migrant workers.

How has the pandemic affected female migrants?

In most countries for which data are available, the effect of the COVID‑19 crisis on unemployment has been greater among migrants than non-migrants. Among migrants, women are at higher risk of losing their job, as they are often in less stable employment, tending to be concentrated in low‑skilled, low‑paid and frequently informal jobs.

That being said, many of the female migrants who have been able to continue working are in essential occupations in which physical distancing is difficult to implement. Female migrants make up the majority of health workers in many countries, which means that during the pandemic they have been bearing a higher risk of infection and have had to work longer hours in order to handle the larger influx of patients and to cover for sick colleagues. Like many other women during this crisis, female migrant workers have often had to fulfil additional caring and educational responsibilities as a result of the closure of schools and childcare services.

Women are also over‑represented among migrant domestic workers, many of whom lost their jobs and had to return to their countries of origin. The travel restrictions prevented some of them from going back home, putting those who had lost not only their work but also their residence permits in a dire situation. Some experienced non-payment of their wages and even violence or harassment by their former employers. Those who kept their jobs generally found themselves overworked, as their employers were more often at home. Some reported being exposed to increased levels of stress and violence during confinement with their employers.

Many other vulnerabilities, including a higher incidence of poverty and poor housing conditions compounding the risk of infection and the lack of social protection preventing access to healthcare or sick leave, are among the additional challenges that have been faced mostly by female migrants during the pandemic.

Overall, female migrant workers face a dual challenge, as they are at the intersection of two groups – women and migrants – that are often marginalized and subject to various labour market barriers. Crises such as the COVID‑19 pandemic cannot but exacerbate their vulnerability. Accurate sex-disaggregated data and in-depth analysis of international labour migration, taking into account the effects of the current pandemic where possible, are more necessary than ever to help with the design of effective policies that address the specific needs of female migrant workers and enable them to access decent work, equal pay and fair treatment in their countries of destination.