As the COVID-19 crisis puts pressure on health services across the globe, ILOSTAT data highlights the already existing shortages of health workers. 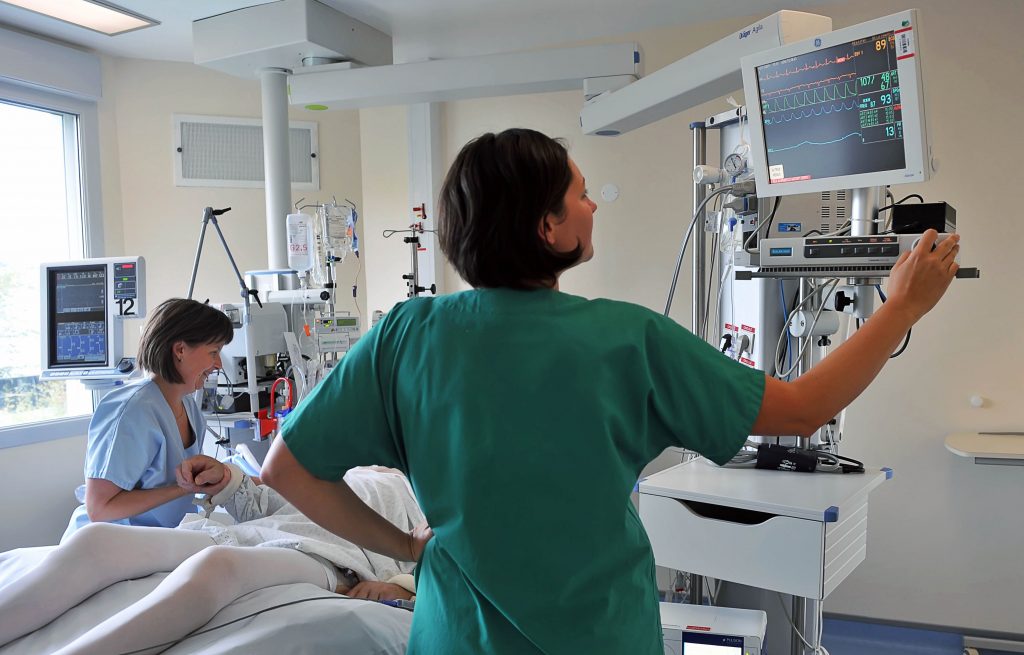 The COVID-19 pandemic has brought countries’ health services into sharp focus. While governments move to slow the spread of the virus, health workers, especially women, are on the front lines of the epidemic.

In the face of this crisis, it’s reassuring to know that these workers are there to administer treatment and give advice. However, with more than half of the world’s population lacking access to essential health care, what happens when there aren’t enough doctors, nurses and support staff?

As part of the UN’s Sustainable Development Goals, all member states have agreed to achieve universal health coverage by 2030. With health employment density an indicator for this goal, an obstacle to its achievement is likely to be the shortage of health workers.

ILOSTAT data highlights the countries in greatest need. It presents the latest figures on skilled health occupations – such as doctors and nurses – and on general employment in the human health and social work sector, which includes all those employed in health-related establishments, including non-health occupations such as administrators and cleaners, and social work activities.

It shows that health is an important employment sector, but that countries’ capacities to recruit and retain health workers vary significantly across regions. This unequal distribution exacerbates inequities in access to health services.

Health employment data (based on ISIC rev.4 category Q. Human health and social work activities) suggests that high-income countries have both the most skilled health workers and the largest health sectors relative to their population size. Norway has the largest health sector, employing 1,049 people per 10,000 population. Denmark, Japan, the Netherlands and Switzerland follow, all with over 800.

In fact, high-income countries collectively have nearly 12 times as many people employed in the health sector as low-income nations – 580 per 10,000 people compared with only 49.

It’s a similar story when looking at skilled health occupations (such as doctors, nurses and midwives) per 10,000 people. Out of 97 countries with available data, the top 10 are almost exclusively high-income nations. Germany, Norway, Switzerland, the Netherlands and the US make up the top five, while the Russian Federation is the only non-high-income country in the top 10.

In many low-income countries, however, large parts of the population do not have access to essential health services due to the lack of health workers, particularly in rural and remote areas.

When the World Health Organization declared the COVID-19 outbreak a global health emergency, its greatest concern was the possibility of the virus spreading to countries with weaker health systems. In Africa, the average number of workers employed in the health sector per 10,000 people is 57. And many of the region’s poorer nations have far fewer.

A critical factor in fighting pandemics

Even robust health systems can be severely tested by unexpected pressures such as the COVID-19 pandemic:

Having adequate numbers of health workers will be critical to winning the battle against COVID-19. But it is not the only issue. Access to personal protective equipment, occupational safety and health protocols, adequate rest and recovery periods and other working conditions will determine how effectively health workers can treat patients.

Across the globe, added pressures could arise relating to the number of women working in healthcare. Globally, women make up 70% of those employed in the health sector and, based on data available for close to 100 countries, 72% of skilled health occupations.  In short, women are disproportionately on the front lines in the world’s struggle to treat infected patients.

Meanwhile, women also carry the burden of unpaid care work, such as child rearing and care for the elderly. As schools close in regions affected by COVID-19, this creates additional challenges for many women health workers trying to balance work and family.

As the COVID-19 pandemic puts the world’s health services under the microscope, ILOSTAT data shows that numerous countries already faced shortages of health workers – often due to the long hours, low pay and occupational safety and health risks which deter many from entering the health workforce in the first place and which make many qualified health workers leave the profession prematurely.

To address the underlying reasons for these shortages, the ILO joined forces with the World Health Organization (WHO) and the Organisation for Economic Cooperation and Development (OECD) in the joint Working for Health Programme in 2017. Based on improved health labour market data, multi-stakeholder involvement, and social dialogue, this programme helps countries and constituents develop strategies to scale up investments in their health workforces.