The COVID-19 pandemic has laid bare not only inequalities in the world of work, including between women and men, but it has also further emphasised the gender data gaps that hamper our understanding of the depth, nature and evolution of those inequalities. 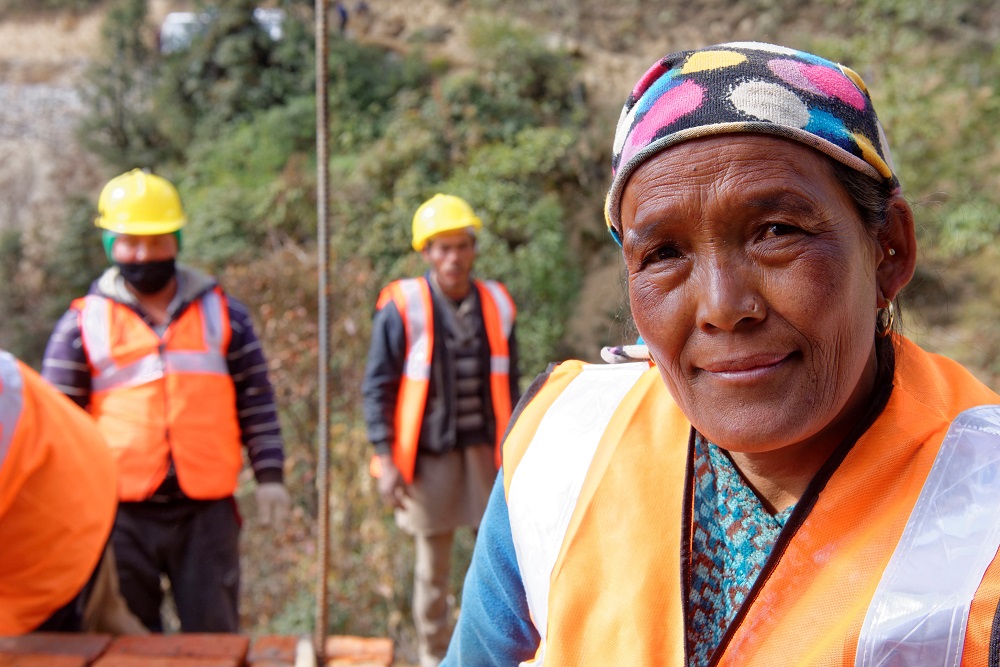 All too often it takes a crisis to truly focus minds, highlight inequalities – either new or existing, and prompt action. This is certainly true of the COVID-19 pandemic.  As observed in a recent ILO policy brief “The COVID-19 crisis has laid bare the entrenched gender inequalities in the labour markets, and has further exacerbated gender inequalities in unpaid care work.”. The evidence to support this conclusion has apparently been readily available. For example, the ILO estimates that worldwide “almost 510 million, or 40 per cent of all employed women, work in hard-hit sectors… compared with 36.6 per cent of men” and that the “gender gap in the proportion of informal workers in hard-hit sectors is far greater, with 42 per cent of women working informally in these sectors at the onset of the crisis, compared with 32 per cent of men”.  Elsewhere a series of rapid assessment surveys implemented by UN Women indicates that women’s share of unpaid care and domestic work increased during the pandemic, in turn impacting their ability to engage with the labour market as desired.

In the face of such statements and evidence, it would be tempting to think that the data needed to understand the impact of the pandemic on the world of work is abundant. However, this is far from the case. As noted by Melinda Gates and Data2x, in reality, too little internationally comparable data is available to fully understand the gendered impact of the pandemic, leaving us scrambling to achieve a reasonable and up-to-date level of understanding to form a policy response. This is particularly true of data highlighting inequalities between women and men, which as stated earlier, have undoubtedly been exacerbated due to COVID-19 impacts, but to an extent we cannot yet comprehensively estimate.

The historical reasons for gender data gaps are many, but recognition of those gaps and moves to address them have been growing. One important development was the adoption of a ground-breaking set of standards at the 19th International Conference of Labour Statistics (ICLS) in 2013. Those standards create a new framework for work statistics, which, when applied, promises to improve our collective understanding of many aspects of the world of work.

Changing the lens: taking a new look at the world of work

Definition and resolution are words we commonly associate with the quality of images in the world of photography. In the case of data on work, they are equally important, and as with photography, the difference they make can only truly be appreciated when they are seen. Using data from an extensive set of pilot studies carried out by the ILO, the new reports show many examples of the analytical potential that can be unlocked by following the latest resolutions and definitions.

At a headline level, the previous standards, which were adopted at the 13th ICLS in 1982, essentially categorised all people in the working-age population into one of three statuses, namely employed, unemployed or not economically active. By contrast the 19th ICLS standards, in addition to revisiting the definitions of employment and unemployment, create a more detailed and nuanced basis for analysis in general, and for gender in particular.

To give just one example of the many aspects of working life the new standards touch on, the figure shown below illustrates the unequal contribution of women and men to different types of working activity. While male respondents to the studies contributed over 60 per cent of all working time in employment, that gap was reversed in the case of unpaid care and domestic work, with female respondents to the studies performing three quarters of all this work. The notable point about this relatively straightforward but powerful analysis is that the 13th ICLS standards only defined employment for measurement, meaning unpaid work was not visible. This and many other analyses illustrated in the reports are only enabled when the new standards are implemented.

We should not dismiss the value of the 13th ICLS as a platform upon which labour statistics have been built over recent decades. However, wide application of the new standards promises to drastically expand our understanding of the world of work, and this is desperately needed if we truly hope to put gender equality at the heart of the post COVID-19 economic recovery and monitor progress towards that objective.

Realistically, adoption of new statistical standards is just one step, albeit an important one, in the process of improving data availability. Achieving the mainstreaming of the new range of work statistics will require a wide range of support across many agencies and stakeholders. Producers of official statistics will need support and resources, and ILO is committed to playing its part in providing this support, including through publication of extensive tools and resources, capacity building and technical assistance.

Finally, another lesson of the pandemic is that our ability to generate the data we so desperately need can be fragile and should not be taken for granted. Lockdowns and restrictions on movement have had a devastating impact on the ability of many countries to collect data by traditional means such as face to face household surveys. With this in mind, while the world turns its attention to building back better from the pandemic, some thought should be given to how to build more resilient systems to generate meaningful data for the future, based on good practices, modern approaches and international standards such as those agreed at the 19th ICLS.